Hello To All My Dear Readers ❤

Hope all of you are keeping well with the current Health condition going on. Now what I am going to write is quite interesting. Suddenly few days back, I felt like ordering my day to day groceries, the dried food things that are heavy in bulk from I net delivery to my house itself. Somehow I felt strongly I needed to do so. I did. As now at the Present Time what I want is to, “Save More Time to Write Posts on iammypath.com 🙂

Then I saw that a huge vessel carrying so many containers had got stuck in Th Suez canal. And some of The Readers wanted to know about what is going on. That I had to Detour ~ make a change” from what I wanted to write about Originally – at The Start. Photos and maps show how an enormous container ship got stuck in the Suez Canal, blocking one of the world’s most vital shipping routes:

As the crisis caused by the stuck ship entered its fourth day, the closure of a crucial globe shipping lane sent supply chains deeper into chaos.

Some shipping firms were beginning to divert vessels bound for Suez to instead travel the whole way around Africa, adding thousands of miles, days in delays, and vast extra expenses to their voyages.

The Suez Canal is a man-made waterway connecting the Mediterranean Sea to the Indian Ocean via the Red Sea. It enables a more direct route for shipping between Europe and Asia, effectively allowing for passage from the North Atlantic to the Indian Ocean without having to circumnavigate the African continent. The waterway is vital for international trade.

Where Is the Suez Canal?

The Suez Canal stretches 120 miles from Port Said on the Mediterranean Sea in Egypt southward to the city of Suez (located on the northern shores of the Gulf of Suez). The canal separates the bulk of Egypt from the Sinai Peninsula. It took 10 years to build, and was officially opened on November 17, 1869.

Construction of the Suez Canal

Construction began, at the northernmost Port Said end of the canal, in early 1859. The excavation work took 10 years, and an estimated 1.5 million people worked on the project.

Ismail Pasha, Khedive of Egypt and the Sudan, formally opened the Suez Canal on November 17, 1869.

Officially, the first ship to navigate through the canal was the imperial yacht of French Empress Eugenie, the L’Aigle, followed by the British ocean liner Delta.

Today, an average of 50 ships navigate the canal daily, carrying more than 300 million tons of goods per year.

Now to get back “To The Topic I wanted to write about”. Doing Things Differently!

Something Different! At these times when our Movements are Restricted “Some are Working from Homes” Some have gone without enough work. So The necessity to “Do Things Differently and Successfully has risen.

These are Things that can be done, maybe at your house, “Clear up some room or where ever and, “Try and organize a different way of working Alone or with others. Think a complete Different Line of work”!

The Introductory Page: Who I am & Why I am Writing!  and The Therapists Voice Forward! is in Green letters: Under The Copy Right Notice”!

The old Topics can be found “On The Left Hand side “Under the, “Recent Posts, Archives and Categories” with “The New Topics adding up. As now “There are a Lots of Posts so it is not possible to put in from The Beginning” Thank You for Reading ❤

The old Topics can be found “On The Left Hand side “Under the, “Recent Posts, Archives and Categories” with “The New Topics adding up 🙂

I have “My Personal Website” with “My own little Poems and Pictures if You click on this Link You can go there and read :https://deepanilamani.com

It is all free as usual”. You can share and pass it on also for others who can benefit from this post. I hope All those who Read will be able to make the maximum use of all these facts and make, “Your Lives More Healthy and able to Lead Better lives in Happiness and Peace”. I wish it to be so as, ”Peace which is our Ultimate Goal in Life” ❤

Thanking The I net for the Pictures and https://www.online-image-editor.com/ for the picture posts I have done ❤

May God’s Blessings Be Upon You ❤ 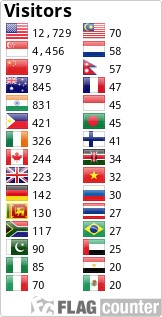